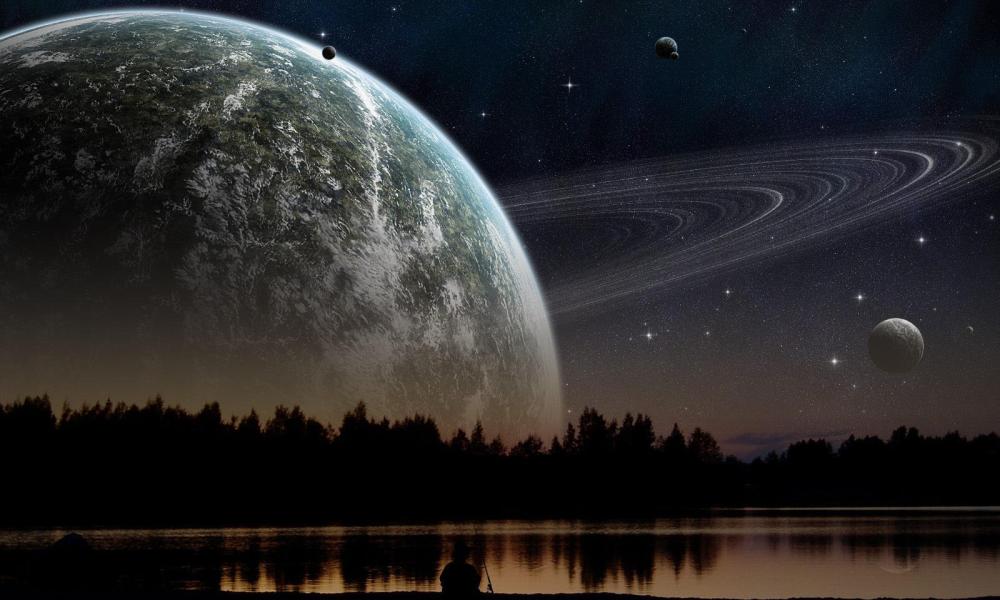 Project Axiom: Into the Unknown

Keira races to find out the truth behind the alien world’s origins and what it could mean for humanity.

Keira pod raced across the landscape making for an uncomfortable journey as she sped towards the active beacon. Though she was strapped in, her head knocked backwards against her seat with frustrating regularity, still, she was so close to a discovery which could easily change everything humanity thought it knew about the universe and its place in it she did not dare slow down.

This region was wooded and the pod was forced to find navigable, meandering routes through the dense foliage. PX-27861 was a beautiful world but Keira did not have time to admire that beauty, to marvel at the richly coloured flowers and the trees that put even the most spectacular of Earth’s redwoods to shame. Nor did she notice the birds swooping nearby, their mournful songs echoing across the forest.

She slowed the pod as she approached the drone which flashed blue. The light was normally red but now it had made a discovery it was broadcasting that fact to all the world. Only she knew what the light meant and Keira tensed herself, it would be a lie to say she was not excited, but first she needed to see what it had found before her could allow that excitement to overwhelm her.

Opening the lock on the pod door, she exited the vehicle and made for the drone. The computer within her body synced with it and relayed information directly to her but soon she was for herself what it had discovered. A cliff rose for thousands of metres above her head, Terra Gigas didn’t do small, but instead of the cliff’s staggering height, she was drawn to a doorway built of a metal she did not recognise carved straight into the rock. Someone had built it, and as she scanned it she knew with certainty that it was the same race that had created this planet. The metal, whatever it was, did not exist on the known periodic table. The drone took pictures and recorded everything but she knew she needed more data to slap in the face of everyone who had doubted her.

The door was fast and immovable, at least from the exterior. Signalling the beacon’s computer, it moved closer and scanned the doorway again, no readings came from the far side. She just had to hope it would be enough to break through, the drone’s laser activated and for a moment it seemed to make no impact on the metal but then was a hiss as it gave way and soon a shape large enough for her pod formed. The door was three meters thick, almost too much for her little drone to cut but when it was done it attached itself to the doorway and pulled on the metal left between its laser markings.

Centimeter by centimeter it pulled backwards until the way was free but the amount of energy required had exerted it and the probe crumbled to the ground as though it had run a marathon. She thought she almost heard a sigh as its energy drained away. Picking it she attached the probe to the back of her pod. Even if it couldn’t be repaired, it had helped her make history and deserved to be salvaged. Maybe, someday, it would end up in a museum.

With growing trepidation, she sat in the pod and fastened herself in once before before directing its computer to take her through the doorway and to whatever lay beyond. The vehicle moved forward and powered its lights to maximum intensity to overcome the utter darkness within. Waves of red light emitted forth from the pod as it scanned the tunnel but unbeknownst to the computer or Keira, they were being watched.