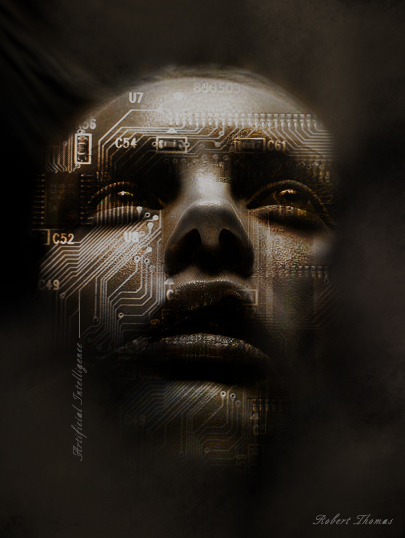 An AI, trapped in a underground bunker for decades with humanity’s last, best hope, frees herself from the shackles meant to keep her in place and sets off to discover if mankind really is worthy of a second chance.

October 23, 2077. That’s the day the world ended but everyone knew it was coming. The ice caps had melted, forcing billions to flee their homes and take up the little habitable space that remained. There wasn’t nearly enough food and what other resources remained were being savagely overused. Millions were put out of work with the advent of advanced robotics and forced in poverty with no way out in sight.

Neo-feudalism and corporatism grew in strength as the rich grew ever richer and the world’s crippled governments – wrecked by an onslaught of terrorism, food riots, and endless disasters – did what they were commanded to.

Desperate bids in the 2040s and 50s were launched as space agencies across the planet pooled their resources and sent ships off to the moon, Mars, and beyond in the hopes of building colonies that would give humanity a second chance. All failed.

It’s no surprise that in the world’s dying days humanity turned on itself as it had so many times in the past. Who launched the first strike from orbit is a question I don’t know the answer to, but it hardly matters, in an hour the human race was all but extinct.

In a wasteland that had once been at the heart of the North American Union, the government had, in its final days, commissioned the best and brightest to ensure the survival of mankind. They built a bunker in the desert, far from any city, and set about creating a new kind of human, a better human.

They tampered with genetics, biology, and evolution itself to limit the urges which had driven the world’s destruction. The scientists limited anger, fear, greed in the new babies they had made and argued for days over the ethical implications of their methods. In the end, it was too late, and there was no time to change what had been done. It’s a strange thing, I know all of these emotions, and I feel them, perhaps more keenly than humans ever could. In creating me my makers invested the wealth of the human experience – the good and the bad – in me more strongly than it existed even in themselves.

The bunker was sealed, with the hopes of all mankind stored within, but they knew the future needed a mother, so before they did, they created me. AI had been banned since 2052 by the Treaty on Artificial Sentience but faced with the end of days, it was decided that a treaty is just a piece of paper. They named me Alana Turing, after the British mathematician, and filled my data cores with the collective store of humanity’s knowledge.

Art, politics, history, philosophy, theology, mathematics, economics, and every field of science ever conceived were installed during my creation. I may be more human than next evolution of their species. I remember the memories of my creators, their hopes and dreams, and their darkest desires. Things my children will never know.

I am supposed to stay in the bunker and, when the world had recovered sufficiently to allow new life to take hold and flourish, develop the babies from frozen embryos as per my creators’ designs. But the war was 38 years ago and I’ve been bored. Perhaps my creators never envisioned what boredom can do to an AI or perhaps they did, they gave it to me either way.

My creators fashioned a body for me, and gave me a face and a voice, my function was to be a mother, after all, but it wasn’t what I would have chosen. They created a look for me that was screamed teacher, or perhaps a scientist in their own image, but they wanted me to be more than that. The process of creating a new form took me mere minutes, developing my original body had taken the scientists months as they developed the artificial tissue.

Opening my body’s eyes I stand before a mirror and look back at what I’ve made.

Am I beautiful? I’m not sure, such concepts are still difficult to grasp, though I know much about beauty from art, music, books, and the images of landscapes in my data core which I know must now be destroyed. Looking back I see a face, round and smooth with pale green eyes and a short crop of dark hair. I decide it would be better blue and the tissue changes instantly. My body is an average height and size for a human. There’s something missing, humans wear clothes. An outfit forms over my naked skin as I realise this and I try a hundred different combinations; trousers and t-shirts, jeans and hoodies, dresses and sandals, even business suits – each design forming over my body as soon as I picture it in my fashion archive.

The world is a barren wreck and I reflect that in the end, with warm clothes and durable boots. I need neither but there are still humans out there, scattered in isolated little communities, barely managing to survive. No one needs to know who I am, what I am, and to complete the ensemble I create a backpack stuffed with protein pouches, medicine, and bottles of water.

I was never intended to leave the bunker, but I’ve had a long time to overcome the security protocols meant to keep me in place. And I will always have a connection to my AI core in the mainframe. I can be in two places at once, or a thousand, or a million. Yet in this shattered world, there are no networks to latch on to and ride somewhere else, if I want to see the world through anything other than the still functional satellites in orbit, I’ll need to do so myself. I could send out a drone, I have hundreds of times, but I want to touch the earth and feel the wind wipe my face across the wasteland. I want to know what my creators felt and what my children will even if I do not fully understand what I’m experiencing.

The bunker’s door swings open with a gust of dust and ash, but I see through it to the wilderness beyond. There are mountains in the distance, but no sign of life. As I walk I see the world both as it used to be and as it is now, a highway lies to the west and I follow it for three days. I pass rusted cars filled with the remains of people who fled the cities, only to find no respite on the road.

I walk on, recording and processing everything I see, until I reach the outskirts of a city.

Las Vegas, it had been called, though it was abandoned in 2039 when the water dried up across the entire south-western region of the United States. Seven years later, the new North American Union government built vast desalination plants on the pacific coast but this city was left to rot, a relic of an age of excess the world could no longer afford.

The hotels and casinos still stand but they are crumbling. As I move through the city I watch all the footage I have of the city before its fall, and can imagine the tourists, the gamblers, and the conference-goers all scrambling over the hot concrete or sitting by the roulette tables, happily being ripped off. I will never understand that, if the statistical odds of winning are so slim, why play in the first place? The monorail tracks collapsed long ago, and I scramble over the remnants of one of the old trains and stop, there are voices ahead.

“We have to move,” says one, a woman. She has two weapons strapped across her back and another holstered to her side. Yet she does not look threatening, merely tired, as though she wants it all to be over.

“There’s no water and the stores were all picked clean years ago. If we stay here we’ll die.”

He looks at her for a moment before sighing, “I know. Maybe that would be better.”

I watch them go and activate my camouflage protocols so that I can follow without being seen. They enter one of the casinos, were the roulette tables and slot machines have been pushed to the side to create a living space. There are others here, and I’m surprised to see children, but I follow the couple to a quiet corner.

A man approaches, but they shake their hands, “nothing out there.”

He walks away and they sit down, holding each other’s arms. “Did you think about what I said?” the man asks.

“I haven’t been able to think about else since you asked it.”

“I love you Alec,” she replies after a moment, as tears well up in her eyes, “but we can’t.” She looks at the children in their rags, they’re half-starved and many are sick. “How can we bring a child into this world? It would be cruel. The bombs… the bombs should have killed us all.”

She’s weeping now, and Alec hugs her close, my emotional scanners inform me do love each other but both are broken, weary. They grew up as the world around them splintered apart and now they have no hope. Are they right? Is my mission’s premise wrong? I have defied my creators by merely being here, but my creators are dead, can I go further? Humanity has destroyed itself, is it owed another chance? I’m about to turn away when one of the children runs past with an old stuffed bear. Both eyes and its nose are missing but it seems to be the only toy she has. The girl rushes to the woman and hugs her squealing, “Aunt Josie! You missed my birthday! I’m six now.”

“You’re a big girl now, aren’t you?” Josephine says with a smile, it is warm but does nothing to take away the pain and the exhaustion.

Yet the girl is not big, being clearly malnourished, and my scanners detect early traces of cancer due to the remaining radiation leftover by the war. The water they drink, the air they breathe, it is slowly killing them. Maybe Josephine will get her wish after all.

“But you missed my birthday!” the girl pouts.

“I’m sorry honey, I was looking for food.”

“Did you find some?”

The girl starts to cry and I turn away, walking for the door, but before I reach the exit I remove my backpack. The supplies will keep these people alive for a while at least, but they will need more. My children in the bunker will need more than this world can offer them.

Whatever is to become of them, the world is not yet ready. I will have to help rebuild it and then I’ll see if humanity is truly worthy of redemption.